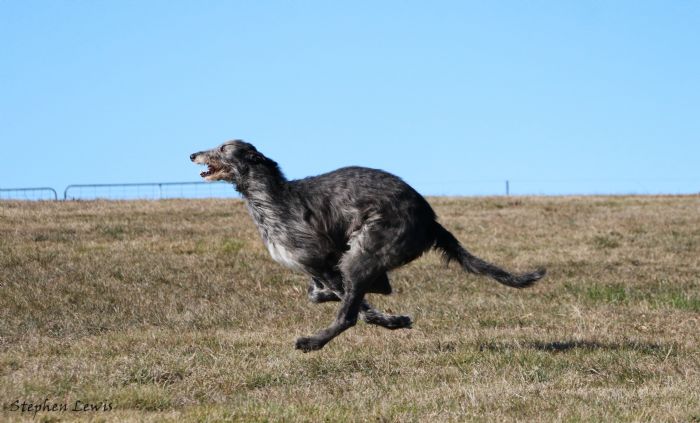 Kitty was the long-planned puppy sired by Australia's top-winning Deerhound of all time, Supreme Ch Bhealaich Gotta Luv Me 'Scrappy', out of the lovely 'Meg' Ch Anduril Tam O'Shanters Meg. Much thanks goes to our dear friend, Avril Stoffels of Anduril Deerhounds, for allowing me to lease Meg for the litter.

+++ Kitty was NUMBER 1 DEERHOUND AND NUMBER 1 ACT HOUND IN 2018! While it was a fairly quiet show year for Fyrth Kennels this year, Kitty still proved herself with some lovely wins throughout the year. +++

+++ Kitty finished 2017 as the Number 1 Dog in the ACT gaining her Supreme Champion title on the way! +++
+++ Thank you to all the judges that recognised her throughout the year. +++

Our dogs are echocardiogram tested by a veterinary cardiologist for cardiac disease. Kitty is clear of DCM.