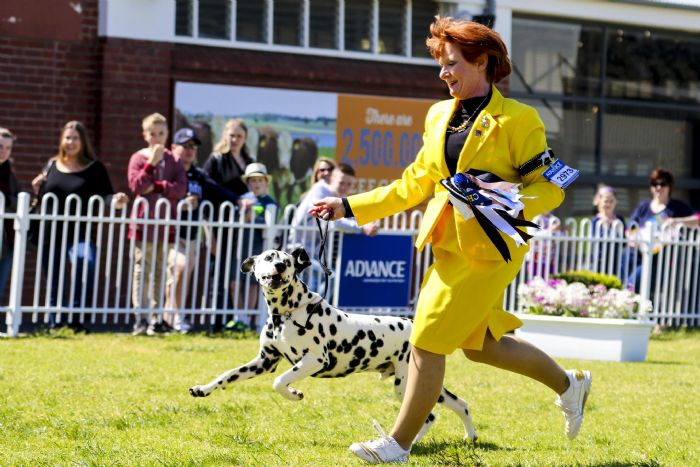 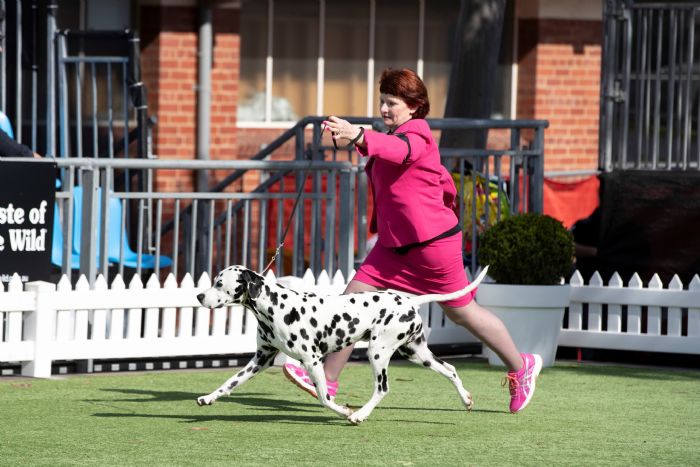 Introducing Ch Jalorca La Copa De La Vida. This is a Spanish name which translates to "The Cup of Life".

Titled to Australian Champion at just 9 months of age!!!

First introduced to the show ring 27/7/13, on his second weekend out Copa (pronounced "Coopa") was awarded two Baby Puppy in Group and one Baby Puppy in Show under Dalmatian Specialist Mrs Dianne Besoff (NSW). On the following weekend he was awarded another 3 Baby Puppy in Groups as well a further Baby Puppy in Show by South African Dalmatian Specialist Carol Immelman.
How lovely to be recognised by two world class Dalmatian Specialists!
Copa achieved 13 Baby Puppy in Group and 3 Baby Puppy In Show awards.
Copa went up to Minor puppy on the 22nd October - in his first outing into this class he won his first challenge and runner up best of breed! He won 13 Best Minor Puppy in Group & 1 Minor Puppy in Show.
Copa finished 2013 2nd in the Rising Star National Breed competition, 2nd in the Non Sporting Victoria competition and 4th in the All Breeds Victorian competition.
On the 25/1/2014 Copa went up into Puppy class. On his first weekend into puppy he won Best of Breed at a Dalmatian Club Of Victoria point score - the following day he again won Best of Breed, Runner up Best Exhibit in Group and Best Puppy in Group. Copa now has 6 puppy in group, 1 Best Puppy in show, 2 Junior in Group. 1 Runner up Best In Group, and on his first day into Intermediate class won Best Exhibit in Group and Intermediate in Group.
Copa finished 2014 with equal points with the winner of the Dalmatian Club of Victoria "Puppy Dog Of The Year" pointscore - not a bad result considering he was only eligible to compete for the first 4 months of 2014.
In 2015 Copa won a number of in group awards including 2 Runner Up Best In Group and 1 class in show award and best in Group at the VCA Ameneties end of year show. To date Copa has sire a number of litters of puppies producing some very handsome offspring.
He won Dog Challenge at the 2015 Royal Melbourne show from a quality line up representing the breed and finished first in the 2015 Dogzonline Breed Challenge Competition Victoria.
2016 & 2017 have proven to yet again been successfull for this young dog. He already has achieved Grand Champion status and a number of Exh and Runner up in Group awards - including two big Best Of Breed wins over the Australia Day Weekend Shows and a Runner up Exhibit in Group under Mrs Natalya Drovossekova from Kazakhstan - yet another Dalmatian Specialist! Over the weekend of the Bulla Ameneties shows he went best of breed at both shows and was selected as one of the initial best in group contenders. 2018 has again seen Copa have quite a successful year and again winning Dog Challenge at the Royal Melbourne show.
Copa has inherited his fantastic movement from his mother Ch Whytewood Georgie Gold ET and has inherited his stunning correctly shaped, dark eyes (something considerably lacking in the breed these days) from his father Ch Jalorca Britenshine (AKA Marty). Copa has a lovely cheeky personality - he loves to please and is a pleasure to show.
Baer +/+
Elbow grade: Right UAP '0' Left UAP '0'
Hip Grade: Australian Grade '0'
International Grade A2
Score 2
Scored by Dr Robert Rawlinson BVSc DVR (Lond.) FACVSc
VETERINARY RADIOLOGIST