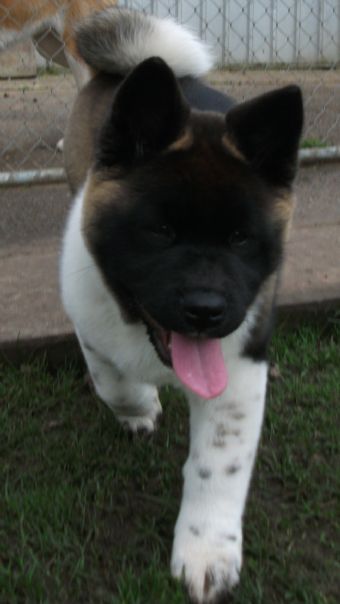 After very limited showing Faith has attained her Australian championship title along the way she has attained multi age in group awards & age in show with very strong competition, challenge bitch & runner up BOB at the Royal Hobart Show aged 6 mths 1 week.
We look forward to watching this girl exceed not only in the show ring but in Obedience too which she is also doing very well in attaining level 2 @ just 8 months of age with my 11yr old daughter handling her we done Faith & Danielle !!!
Faith has just passed the first stage of her genetic testing with an Excellent grading on her hips & 0:0 on her elbows thyroid normal.She will be mated in her next season & we look forward to offering her pups to those who have a vested interest in the breed, some pet pups will also be available.