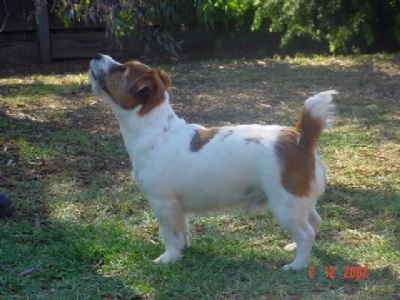 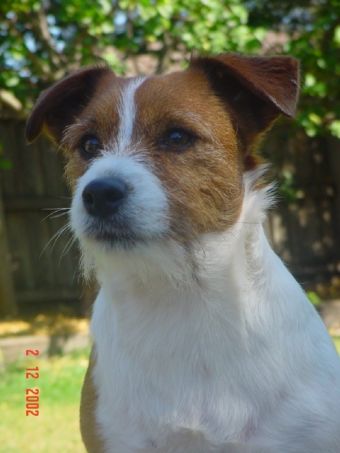 Crash Bang Bandicoot is a treasured member of the Meekings household.Overshadowed by the bigger dogs in the household he proves with true Terrier spirit he is a big dog in a little package.
Crash's time in the show ring was short wining many Reserve Challenges the Best being the Jack Russel Championship Show 2001.He also won Multi age Group wins along the way.
Crash's Personality and Trainability allowed him to acheive his CCD and Companion Dog in 2006.
Tracking is Crash's favourite past time.
Gaining his Tracking Dog in 2008.
Tracking Dog Excellent in May 2009 with his last Grading being Very Good.
2009 Crash gains his Tracking Championship.
2010 Crash gains his TSD and TSDX . Also gaining the Tracking Club OLD GOLD CUP for us old dogs .OMG what can I do with him now except be my foot warmer . I may have to see what the earth dogs do as he is not the best retriever .
As Crash comes to shows with us and he is still in such good nick for 11 and half years we thought we would support the Neuter Competition.