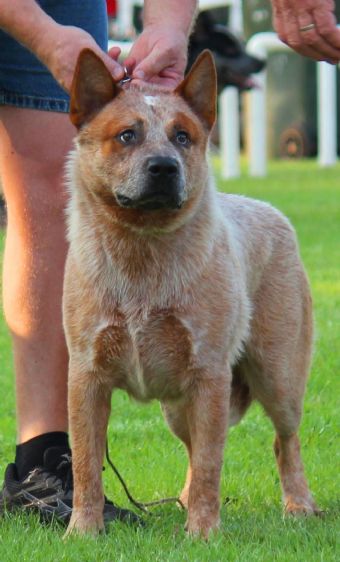 Jack has impressed from day one.

JACK is another stunning puppy produced at TAGETARL.
He is shaping up to be the image of his father Rory and as such will have big paws to fill.

see more of Jack at www.tagetarl.com/Jack.html

To see JACK on the move friend Carol on FB and watch Jack's video.