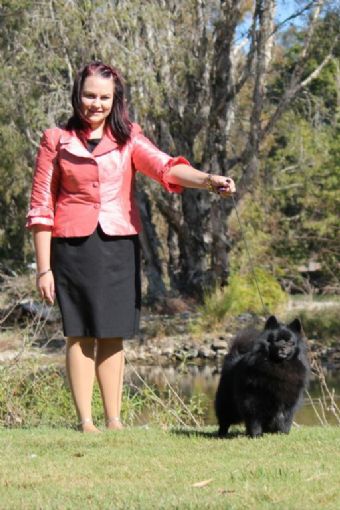 *** Shady wins BABY IN GROUP on his first weekend of Showing ***

Young Shady Began his show career this year with a long string of Best Of Breeds, class in groups wins and class in show wins which has Qualified him for the Zone 2 finals for PUPPY OF THE YEAR in 2011.

Shady just keeps getting better and better as he matures with winning a RUNNER UP IN SHOW at Sarina Kennel Club on the 6/08/11 at the young age of under 9.5 months.

Shady is a beautiful handsome boy with Attitude plus he is very true to type and runs around the show ring like he owns the place.

We are very proud of this young man and feel very honoured that Shady has achieved so much in a very short time.