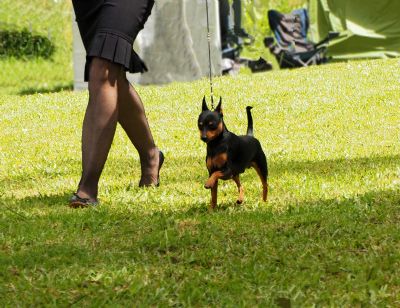 .Precious first baby Bart.I always said I wouldnt keep a boy but he is adorable, he has presence and quality and a temperament to die for and passes it on to his progeny Bart has won numerous class in groups . Bart is also winning many best of breed in good company.BART GETS HIS AUSTRALIAN TITLE AT JUST 10 MONTHS OLD .Bart gets another Aus bred in group under Mr Sales from Tasmania.and another Aus bred in group under Mr curt at Camden Haven showand also short listed for class in show Bart has also been short listed for many best in group at a very young age.

I have made the decision to desex Bart as everything at home is related and because he produced 3 lovely babies one of which has had 2 best in group at minor age and puppy age. and the other 2 girls winning good bitch challenges and best of breeds .and runner up in group. I have collected from him. so now I will have fun in the neuter class 'Bart wins 13 neuter in groups in 8 months.BART HAS NOW ALSO GAINED HIS NEUTER TITLE. Bart wins neuter for nsw and nationally 2015 dogs on line .Bart has become another father to 3 girls and a boy all have been shown except one and have gained 7 classes in group as babies so plesed with his progeny