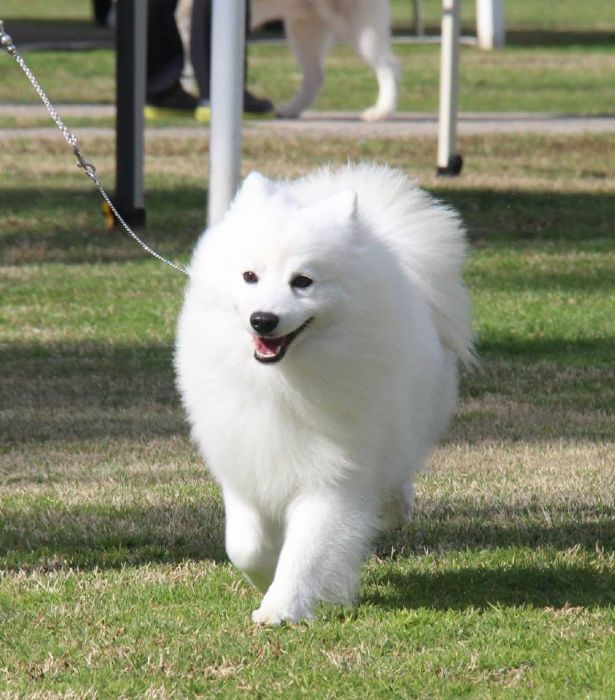 Euro will be Sparingly Shown in 2017 to make way for the new generation.

Imported in dam with a Finnish Mother and a Swedish Father, he brings new bloodlines to Australia which is exactly what is needed to diversify the breeding lines that are already here.

Consistently winning he has really gone out of his way to carve out his own place and make sure people know his name.

He has stolen the heart of many judges and is continually complimented for his Sound Construction, Dark Pigment and Show Attitude, that makes him sparkle in the ring.

Such a funny boy at home where all he wants is to snuggle, such a joy to be around. He has stolen quite a few hearts and has had to share his success with the exceptionally well performed Rocket - Grand CH Belzbentley Saturn Five, who Is #2 rising star - Japanese Spitz

Thank you to Amanda Huggins - Daesdaemar