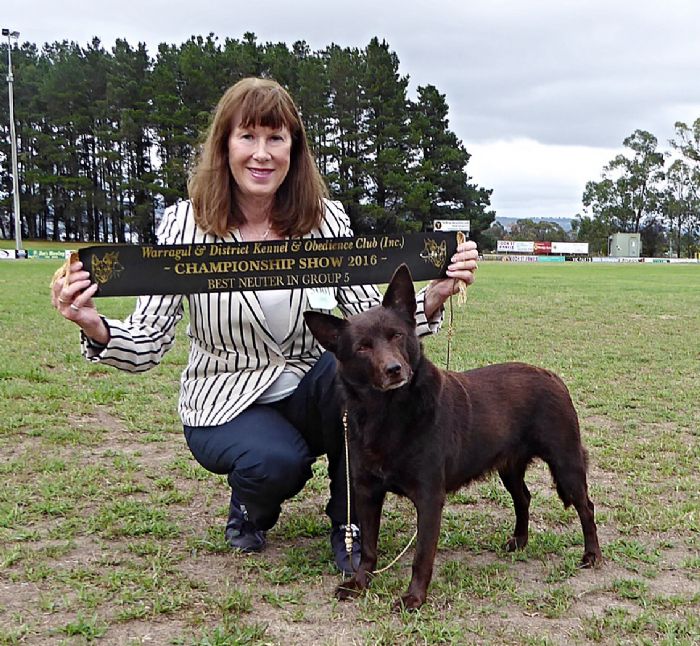 2007 First 'In Group" award, Championship attained and started obedience training. Kari is happy strutting her stuff in the show ring and is a very gentle and attentive pet.
Best in show at the Aust Kelpie Club of Vic Open Show as well as best headed and best gaited. She also won best gaited at the Qld Cattle Dog & Kelpie Show in June.

2009 In May Kari won Best Headed and Best Gaited at the Aust Kelpie Club of Vic Show. She won Aus Bred & Reserve Challenge Bitch at Royal Adelaide show in September.
2009 ended with Kari in 3rd place nationally in the Breed Score Competition and over 900 Championship points.

2011. Kari has 2 qualifying scores towards CCD in Obedience.