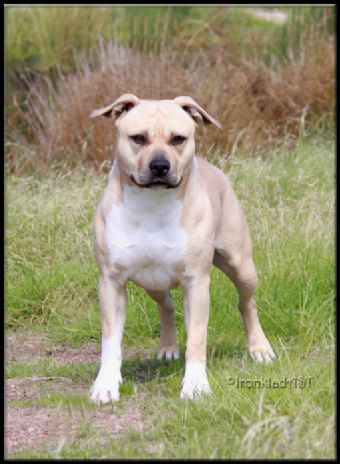 Introducing Pumba our gorgeous fawn girl from Vegas & Remi.
A standard sized bitch with a nice deep chest, great pigment, topline, substance and well muscled and angled rear, along with a great tail set and carriage.

Don't let her name fool you, Pumba may have been the fattest of the litter but this girl can outlast them all come play time.


Pumba has won many hearts with her ever so cheeky antics, at home she is known as the "cordial kid" as she just never stops, like a child that has had too much red cordial.