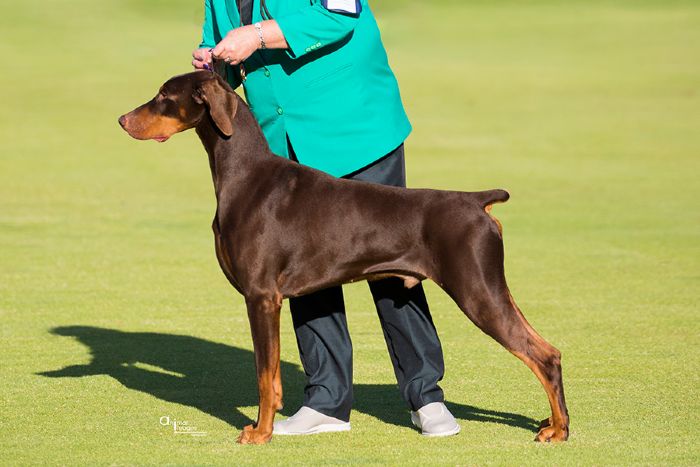 Callan was awarded his first CC at 8 months of age and goes on to win RUBOB and Best Puppy In Group!!!

At Show Dog Handlers Champ Show 2 on 21/7/12 Callan is awarded RUNNER UP TO BEST EXHIBIT IN SHOW . Thank You judge Lesley Chalmers from NZ.

At Show Dog Handlers Champ Shows 1 AND 2 on 22/7/12, Callan is awarded BEST EXHIBIT IN SHOW. Thank You judges Sue Shrigley and Sue Gray.

At Dogs NT Champ Shows 1 AND 2 on 4/8/12, Callan is awarded BEST EXHIBIT IN SHOW.
Thank You judges Ron and Dianne Besoff.

All this and he was still only 13 months old.

2013 has seen him shown sparingly (out of the ring from April through to late November while I was receiving treatment) but he already had 3 BIG's to his credit. Callan missed most of 2014 due to major surgery in February. He has been shown sparingly in 2015 and the decision was made to retire him from entire competition.

Callan has been neutered so watch for him in the Open Neuter Class from late July 2015.

On 16/1/16 Callan was awarded BOB Neuter giving him final points for his Neuter Champion title. This was achieved with many Class In Group and Class In Show wins and in just under 6 months in a State where Neuter is not offered at every show.

As of September 2018, Callan has retired to the couch.

1st Australian Champion and only BIS winner for his sire in Australia or New Zealand to date.