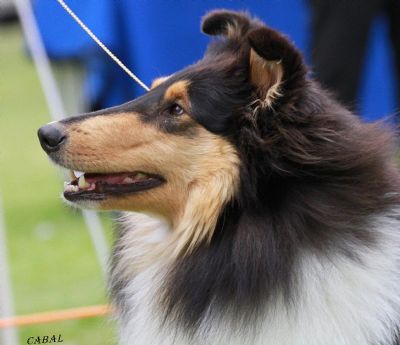 "Sykes" was shown as a baby and then stayed at home to mature & romp around the paddock at Swinbrad."Sykes" made a few guest appearance as a Junior before she produced a beautiful litter. It was then decided that after she grew her coat back she would go back to the show ring, she had not forgot what it was all about and after a short whirlwind campaign she gained her championship in a few months with many great wins including BIG, R/U BIG & multi class in group wins along the way.

all photos by "CABAL CANINE CANDIDS"