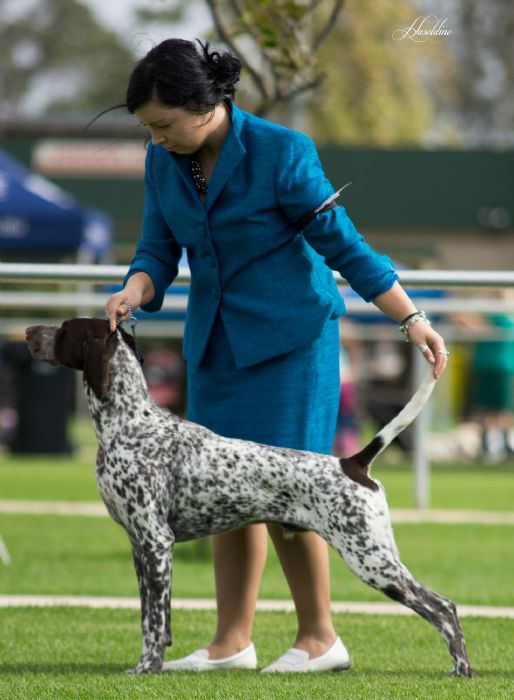 FRANKIE is out of CRUISERS sister DIVA and is our second string male in recent years, he has had to compete against ROOKIE which has limited his winnings.

He won - 3 PUPPY IN GROUPS AND 2 PUPPY IN SHOW at the Winter International in 2013 and a BEST OF BREED at Melbourne Royal in 2015.

He has won many reserve challenges to Rookie and has beaten him for Best of Breed on occasions, he has a Best in Group and multi in group and in show awards.