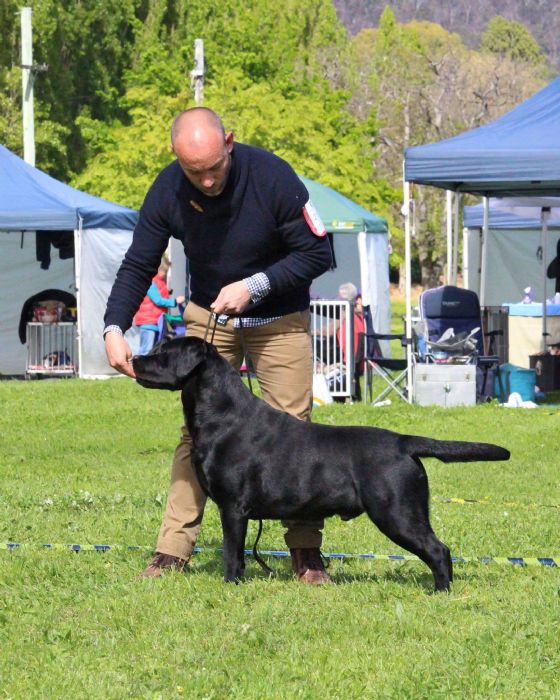 Henry has been very impressive and is a Multi Best in Show and Ru BIS winner. Henry is mainly shown only in the South of the State, due to our non show commitments. 2018 BEST IN SHOW Launceston Royal, HOBART Royal r/u BEST IN SHOW, GUNDOG club BEST IN SHOW. He was Best of Breed, Best puppy In group & group Finalist at The Melbourne Royal Show 2014. He then went on to win Best Of Breed & Best Puppy in Show at Launceston Royal Show. Henry is a Multi Best in Show and Group winner. Best of Breed Launceston and Hobart Royals 2016 and 2017. Winner open dog class at the Labrador National in Sydney 2018. He has a delightful nature, and his tail never stops wagging. In the top 3 Labrador’s nationally 2017/2018 as per DOL point score *
Tasmania’s top winning Labrador since leaving the puppy class.