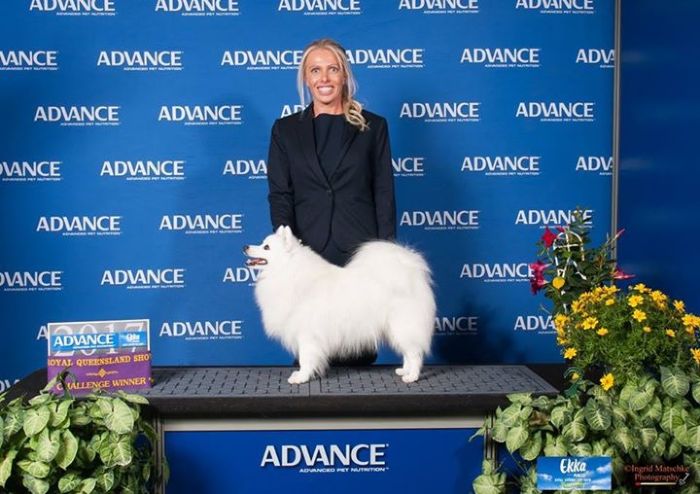 Currently taking a break from the show ring on maternal duties - See Pebbles and Bam Bam.

Only 1 month and 8 days of being eligible and Rocket has achieved her Australian Championship Title!
Youngest ever Grand Champion Japanese Spitz - only 17months

Full of attitude, Rocket prances around like she owns the place, both at home and in the show ring. We all knew she was special from the early days, at 8 weeks she could sit, drop, stand, spin and walk confidently on a lead. From here she has only progressed further adding lots more tricks to her book and doing some great winning in the show ring.

Rocket is the first pup bred from my beautiful Sammy (Jackson) - GRAND CH Daesdaemar Dream Lover ET. She takes after him in every way, even her personality is similar, she acts as though she has been here and seen it all before.

A beautiful puppy, she is a complete diva, and only associates with those who are worthy.