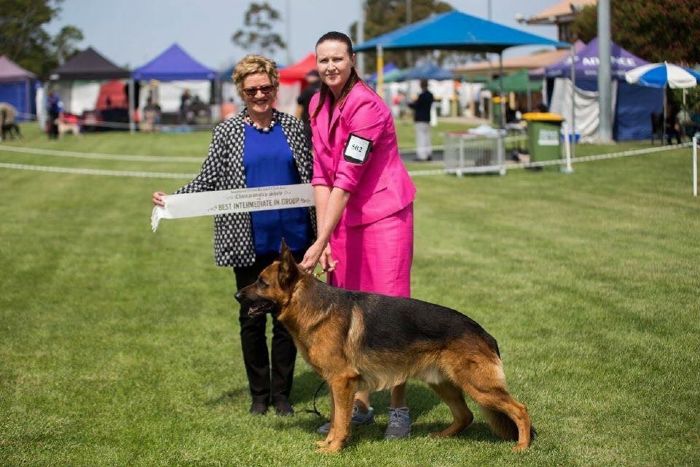 Quentin is a lovely dog with a temperament desired by those looking for loyalty and all-round ability. Quentin achieved his Australian Championship title Jan 2015. In 2015 Quentin has achieved multiple Best Intermediate in Group awards and multiple Best Exhibit in Group 5. Quentin competed at the German Shepherd Nationals in 2015 with a great result (14th) in his Intermediate class in a quality field of dogs. On the same day he competed in his first Obedience trial, gaining 3rd place in CCD on his first outing. His second outing at CCD he was placed first and 3rd with 2 passes which saw him achieve his CCD title! December 2015 Quentin has 2 CD passes with the second score of 185 finishing him in second place.
Quentin shows that he has the versatility and temperament to excel.