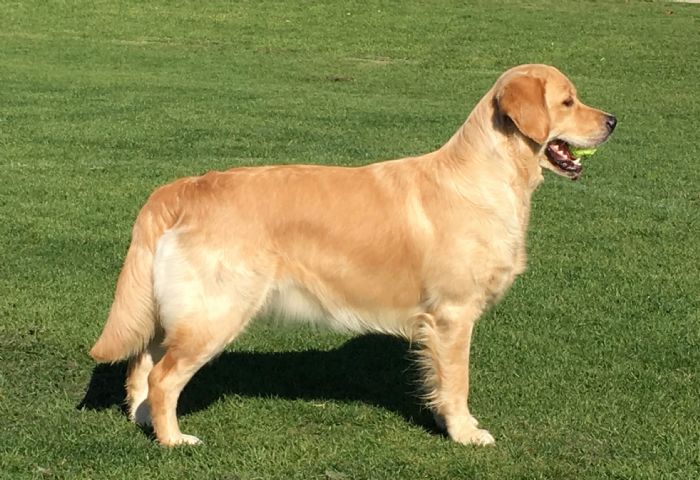 Shimmer is a very friendly and confident bitch who is enjoying the show ring and gained her Australian Champion Title a week after her 2nd birthday. She was placed 3rd at the 10th National Golden Retriever show in Adelaide in May 2017 against a strong class of 17 bitches under Swedish specialist judge, Kjell Svensson. On day 3 of the Winter International in Adelaide she was again placed 3rd under Singaporean judge Mr C Ming Kok in another strong class.
Shimmer followed in the footsteps of her uncle (Ch Bicklewood Goodwill Hunting) and grandmother (Ch Fernfall Annabella) in being awarded the John and Gretta Tombs Puppy of the Year in 2017.