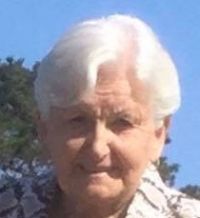 I have bred owned and exhibited Boxers for Over 40 years . I have over 50 Champions, Grand Champions and Supreme Champions together with Performance titled boxers. I am a published author having researched and written the book The History of the Boxer from 1947. To 2004 which I donated to the BAOV .

Since attaining my licence I have judged at All Breeds Shows in all states of Australia, judging the Tasmanian Boxer Specialty , The Boxer Specialty in New Zealand and Utility show and being one of the co judges for the Boxer of the Year in NSW. I also assisted when a judge cancelled and judged the Western Districts Boxer Club Show I. 2014. In 2015 I judged the Northern Boxer Club Show in the U.K. which I thoroughly enjoyed. I also judged in the USA the Blue Grass Boxer Club in 2015. I enjoy judging as I do not exhibit my boxers I leave that to friends and junior handlers. . In 2010 we imported a boxer from the UK to improve our breeding stock and he has been very successful both in the ring and at stud.

I have travelled the world extensively to see Crufts, Windsor Show UK, Irish Shows in Dublin, World Dog Shows in Sweden and Paris, Boxer Nationals in the USA ,South Africa and New Zealand.

I am currently licensed to judge both the Utility Group 6 and the Non Sporting Group 7, whilst accredited to judge Group 3 at Open Show level, as I am retired enjoy learning about all breeds of dogs.