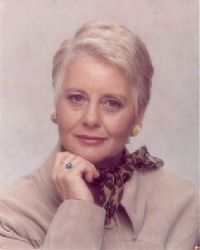 Leah's interest in breeding and the exhibition of pure-bred dogs is undoubtedly linked to her strong rural roots and spans over almost four decades, beginning in New Zealand with Shetland Sheepdogs as a breed more suitable to her facilities at that time. Her foundation stock came from the famous Twoseas Kennels and she continued with those bloodlines until she left New Zealand to travel the world.
On Leah’s return she settled in Sydney, Australia, married her husband Barry, and in 1981 began to breed their chosen breed – the Collie Rough & Smooth.

In 1987 they imported the first two Rough Collies into Australia from the USA, totalling (8) in all over 30 years. They also imported frozen semen from the USA and were the first to produce Rough Collies from frozen semen in Australia.These investments proved to be extremely successful in establishing their renowned bloodline, namely "Vedamea" Rough & Smooth Collies.

For almost 4 decades Leah has travelled the world extensively, viewing Speciality and All Breed shows, & participating in various aspects of the canine fraternity. She has bred and sold many Champions in both Conformation and Obedience, excelling at both Speciality and All Breed shows, including prestigious awards such as Best Exhibit in Show & Group, National Speciality winners, and numerous State Royal shows including monumental success at the Sydney Royal Easter Show Best of Breed and Challenge Winners.

As well as taking out top awards in the show ring, Leah takes pride on the number of collies she has bred that perform duties as service and therapy dogs, plus others that have been recognized with titles for their aptitude in the working arenas such as obedience, tracking, endurance, temperament and agility domains.

Leah wrote and published a thesis on Coat Colour Inheritance for the Collie Breed, served as Secretary of the sub-committee commissioned to devise the Illustrated Collie Breed Standard in NSW, Australia, and prepared and presented the lecture for Rough Collies at the Judges Training Scheme in 2002.

Leah has served on numerous Committees for the Collie Club of New South Wales including the position as Honorary Club Secretary for a number of years, and the Illawarra Collie & Shetland Sheepdog Club, and is an accredited assessor for the trainee judges scheme for Group (5).

Leah obtained her first judge's license in 1992, and is currently licensed to judge the Working (Herding), Gundog (Sporting), Utility (Working), and the Hound Group, and also holds Open Show status in the Terrier Group. She has judged in most all states of Australia, and many times throughout her homeland - New Zealand. Leah has judged extensively throughout the United States of America at All Breed and Collie Speciality Shows, including Best in Show.
Mrs. Leah Ryan http://www.apps.akc.org/apps/judges_directory/index.cfm?action=results
AKC Judge's Number:7485 Judge Type: Conformation